Everything is closed and we all are self-quarantining due to the coronavirus pandemic, but one thing's for sure: You can still stream.

Washing your hands, practicing social distancing and avoiding large-scale events are important ways to protect yourself and others from coronavirus, and luckily, once you've stocked up on the essentials for a weekend inside, there's plenty to watch and keep yourself entertained on Netflix, Hulu, Disney+, CBS All Access and more streaming services. In fact, there are so many choices that it can get a little overwhelming deciding what to sit down and turn on. To help you out, we've rounded up the best movies and TV shows to stream right now -- including new arrivals, old favorites and titles you may have forgotten to check out when they first premiered.

And for even more recommendations, make sure to check out our guide for everything new on Netflix in May.

The second season of the Amazon Prime series begins with Janelle Monáe's Jackie waking up in the middle of a lake, unable to recall her name, birthday or address. Her search for answers about her identity will lead her "into the heart of the Geist Group, the unconventional wellness company behind the Homecoming Initiative."

The Kumail Nanjiani-Issa Rae romantic thriller -- about a couple who become unintentionally embroiled in a murder mystery -- was among the first wave of films to postpone their theatrical releases at the start of the pandemic. Now, it has officially made the move to Netflix.

Stream The Lovebirds on Netflix.

Produced by Fleabag phenom Phoebe Waller-Bridge, written by her frequent collaborator, Vicky Jones, and starring perennial scene-stealers Merritt Wever and Domhnall Gleeson, Run hinges on a simple-yet-complicated premise: 17 years ago, college sweethearts Ruby (Wever) and Billy (Gleeson) made a pact. If either of them ever texted "RUN," and the other replied in kind, they would drop everything, meet at Grand Central Station and travel across the country together. Check out the series before it ties up the jaw-dropping loose ends in Sunday's finale.

The award-winning 2019 Elton John biopic won Taron Egerton a Golden Globe Award for his portrayal of the "Crocodile Rock" crooner. Relive Egerton's stellar performances of some of John's biggest hits -- including the Oscar-winning new track "(I'm Gonna) Love Me Again" -- when the Dexter Fletcher-directed film comes to streaming on Amazon Prime.

Netflix's second African Original Series, Blood & Water stars Ama Qamata as 16-year-old Puleng Khumalo, an intelligent and impulsive teen who transfers to an elite new college as part of her life-long mission to find her older sister, who was abducted at birth.

This blood-soaked horror flick follows a young woman named Grace (Samara Weaving) who marries into a wealthy gaming family. As family tradition dictates, the entire family must play a game to welcome the new member, and the game they end up picking at random is Hide and Seek. However, the stakes are high for this game of Hide and Seek, as it's played with crossbows and battle axes, and the penalty for being caught is death.

Stream Ready or Not on HBO Go and HBO Now, starting May 23.

Get your red wine and popcorn ready, Gladiators, Scandal is now streaming on Hulu! Follow Kerry Washington and her team of fierce fixers as they mastermind the White House and other hush-hush D.C. institutions through all seven seasons of thriller drama, swoonworthy romance, and, dare we say it, downright scandal.

Cap off your Memorial Day weekend with one of award's season most tense and terrific performances. Adam Sandler plays charismatic jeweler Howard Ratner in the Safdie Brothers's fast-talking thriller, with scene-stealing supporting turns from Julia Fox and NBA star Kevin Garnett, which comes to Netflix on May 25.

From The Favourite screenwriter Tony McNamara comes the story of the rise of Catherine the Great, from outsider to the longest reigning female ruler in Russia's history. The Hulu original series describes itself as “an occasionally true story,” but the series’ stars, Nicholas Hoult and Elle Fanning, are consistently fun to watch.

Stream The Great on Hulu.

Jennifer Garner's portrayal of double agent Sydney Bristow, in this J.J. Abrams-produced ABC thriller, was an iconic breakout role that made her a household name. Relive all five seasons now on Amazon Prime Video.

Ellie Kemper returns as the perpetually perky titular former "mole woman" in this hilarious new special -- a choose your own adventure in similar fashion to Netflix’s Black Mirror: Bandersnatch. Picking up after the events of the series finale, Kimmy (Ellie Kemper) is about to get married to Prince Frederick Windsor (Daniel Radcliffe), however, the discovery of an old book reveals that the Reverend (Jon Hamm) may still have women locked away in another underground hatch.

Stream Unbreakable Kimmy Schmidt: Kimmy vs. The Reverend on Netflix.

An all-new, original, scripted series from stand-up comedian Rory Scovel, Robbie tells the hilarious story of an ice cream store manager and church league basketball coach who goes after his dream job. The Comedy Central series is available to stream in its entirety on YouTube now.

Following on the heels of Little Fires Everywhere, Hulu has queued up another intense miniseries adaptation to keep you guessing and break your heart. Get caught up on the tortured Irish romance (based on the Sally Rooney book of the same name), fall in love with Connell and Marianne and finally understand the hype.

The final film in the Skywalker Saga is now available to stream. Revisit Rey's epic journey as she finds her place within the universe and the Jedi Order, or take the weekend to binge all nine films in the epic saga!

Stream The Rise of Skywalker on Disney+.

Never Have I Ever

The hilarious teen comedy from executive producer Mindy Kaling follows Devi (Maitreyi Ramakrishnan), a 15-year-old Indian-American girl who is trying to make the best of her sophomore year while dealing with grief, friend drama and family expectations.

Stream Never Have I Ever on Netflix.

A new classic of the rom-com genre, Crazy, Stupid, Love is great on its own, but iconic as the first on-screen pairing of Ryan Gosling and Emma Stone, whose chemistry alone makes it worth a rewatch.

Ryan Murphy is rewriting history with his new star-studded limited series, which sets out to dive deeper into some of the marginalized stories that helped define the Golden Age of Tinseltown: the rise of leading man and closeted actor Rock Hudson, the struggles faced by actors of color Anna May Wong and Hattie McDaniel, the notorious but ignored backroom dealings of agent Henry Willson, and more.

Twenty years after its premiere season, Survivor is delivering what fans are calling its best cycle yet. Survivor: Winners at War pits the best of the best against each other, with epic blindsides and jaw-dropping gameplay we could only get from an all-winners season. The show airs Wednesday at 8 p.m. ET/PT on CBS, and you can catch up on CBS All Access now.

"As you wish!" is a Top 10 movie line, Inigo Montoya is a legendary character, and the love story between Robin Wright's Buttercup and Cary Elwes' Wesley has become a cult classic for a reason, even if baby Fred Savage rolls his eyes the whole time. Have fun storming the castle!

Stream The Princess Bride on Disney+.

The first episode of this behind-the-scenes series debuted on Star Wars Day, May the 4th, and subsequent eps will drop each Friday, giving fans a peek behind the curtain at the making of The Mandalorian (including, of course, all things Baby Yoda). Tide yourself over until season 2 premieres this fall!

Looking for a serious escape? Go beyond. Star Trek: Picard is a hit with diehard and new Trek fans alike. With CBS All Access, you can also watch the five original Star Trek TV series and Star Trek: Discovery.

Want something to watch with the kids? This wildly underrated Dreamworks animated flick is now on Hulu and features voices by Brad Pitt, Will Ferrell, Jonah Hill, Tina Fey and more.

If you were into The Good Wife, the story doesn't end there. This series picks up where its predecessor left off, and you can watch both shows on CBS All Access.

If you've already burnt through (no pun intended) every season ofThe Great British Bake Off, catch up with one of its most beloved champions, Nadiya Hussein, in her new cooking show, where she gives you tips and tricks for making delicious meals at home, using a few ingenious shortcuts!

Before HBO's reimagining of the classic '50s show comes to light, immerse yourself in the original world of attorney Perry Mason.

Each product has been selected, and each product’s style has been reviewed by our editorial team; however, we may receive affiliate commissions from some links to products on this page. Prices listed are subject to change by the retailer.

Romantic Movies Streaming Guide: What to Watch on Netflix, Hulu, Amazon and More

The Best Feel-Good Movies on Every Service

Streaming Services: Your Guide to Disney Plus, Apple TV Plus, HBO Max, Netflix and More 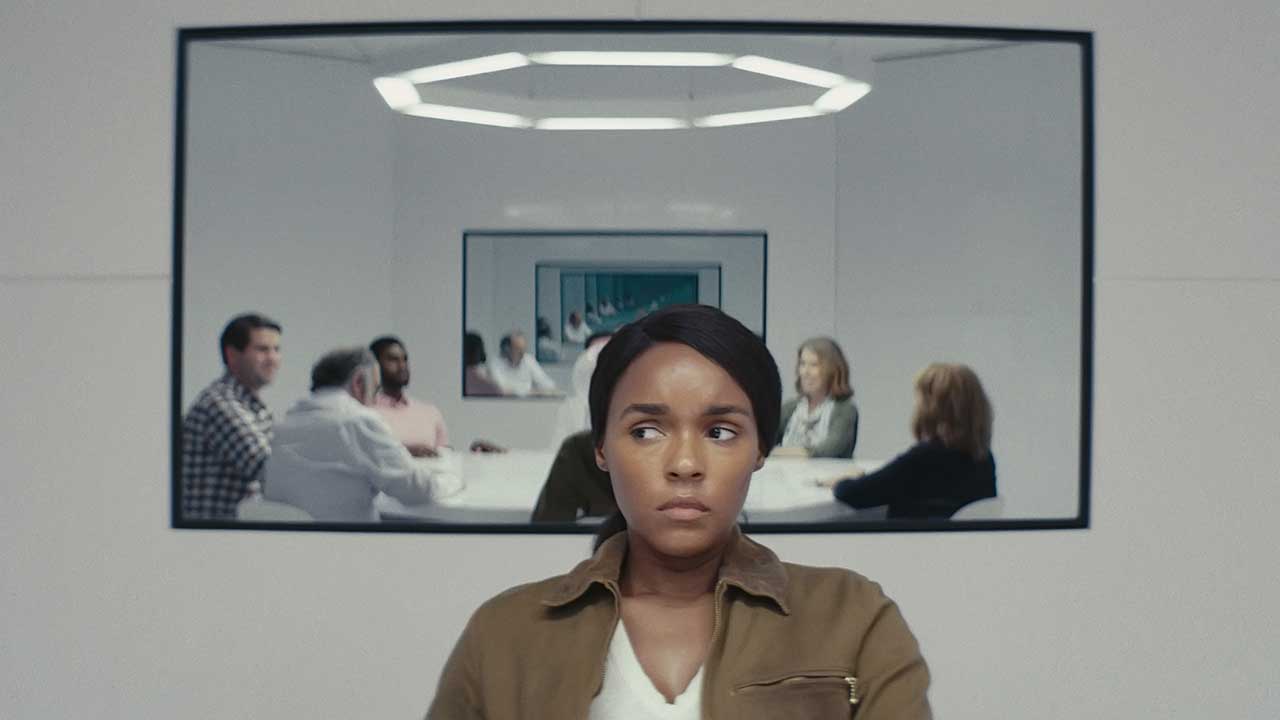