ST. LOUIS (KMOV.com) -- Fifteen-year-old Addison was born with a severe case of scoliosis and turned to Shriners Hospital for treatment.

Ryan Fischer is setting the record straight. The dog walker to the stars is opening up about getting shot while trying to protect Lady Gaga's bulldogs from dognappers and a healing, spiritual road trip he has undertaken to recover emotionally and physically.

Earlier this month, Fischer riled up the internet outrage machine when he started a GoFundMe campaign, trying to raise $40,000 to help him complete his cross-country road trip, and said he felt "abandoned and unsupported" in his endeavor.

"Everyone thought that I was setting a blame on someone, when it was all love," Fischer told Rolling Stone in a recent sit-down interview.

After he started the campaign, some criticized Fischer for asking for financial help, while many others directed their ire toward Gaga for not supporting him financially after all he went through, and blaming her for his feelings of abandonment. But Fischer said that wasn't the intention.

"It’s what happens in trauma -- all your loved ones, all your family, everyone: you feel alone. You don’t feel supported because this is your journey," he said. "I tried so hard. I tried to navigate that. I really did think about the wording."

Fischer also clarified that he is on good terms with his former employers -- Gaga and her team -- and stressed, "They’re my friends, and I love them and they’re absolutely there for me."

"I have nothing but gratitude for everything," he added. "It’s just a weird situation just because of how it’s evolved in the media. But I’m very grateful for my friendships."

"I received so much support, and I’m so grateful. I have nothing but gratitude in my heart for the care that I received and the support I received,” he said. “Most [victims] of crime do not get that and I did, and I’m very grateful for that."

However, Fischer's friend and former assistant, Elisha Ault, spoke with Rolling Stone as well, and offered a different perspective on the support Fischer received after the shooting.

"They were supportive from afar -- there were a lot of words of assurance, like: 'Oh yeah, don’t worry about anything, we’re going to take complete care of you,'" Ault claimed of Gaga's team.

When the shooting occurred, the singer turned actress was in Italy, filming the upcoming biopic, House of Gucci. However, Ault claims that neither Gaga herself nor her reps seemed to pay much mind to Fischer when Gaga returned from shooting on location.

"Nobody really made a point to come see him or talk to him or make contact with him," Ault stated. "Ryan was a lot more than just an employee for them. They were friends -- close friends -- for years."

While Fischer was in the hospital recovering from the gunshot wound to his chest, the dog walker recalled how he had to spend his 40th birthday in his hospital room with his mom, as COVID-19 protocols only allowed for a single visitor at a time.

"The Haus [of Gaga] sent so many balloons from Italy on my birthday that the ICU said it’s a fire hazard," Fischer said, recalling the actress' considerate gift.

He also explained how, after getting discharged from the hospital, he was able to avoid the media frenzy surrounding his own home by spending some time at Gaga's home in the Hollywood Hills. The superstar also hired a trauma therapist to speak with Fischer for multiple three-day sessions.

For more on Fischer's experience, see the video below. 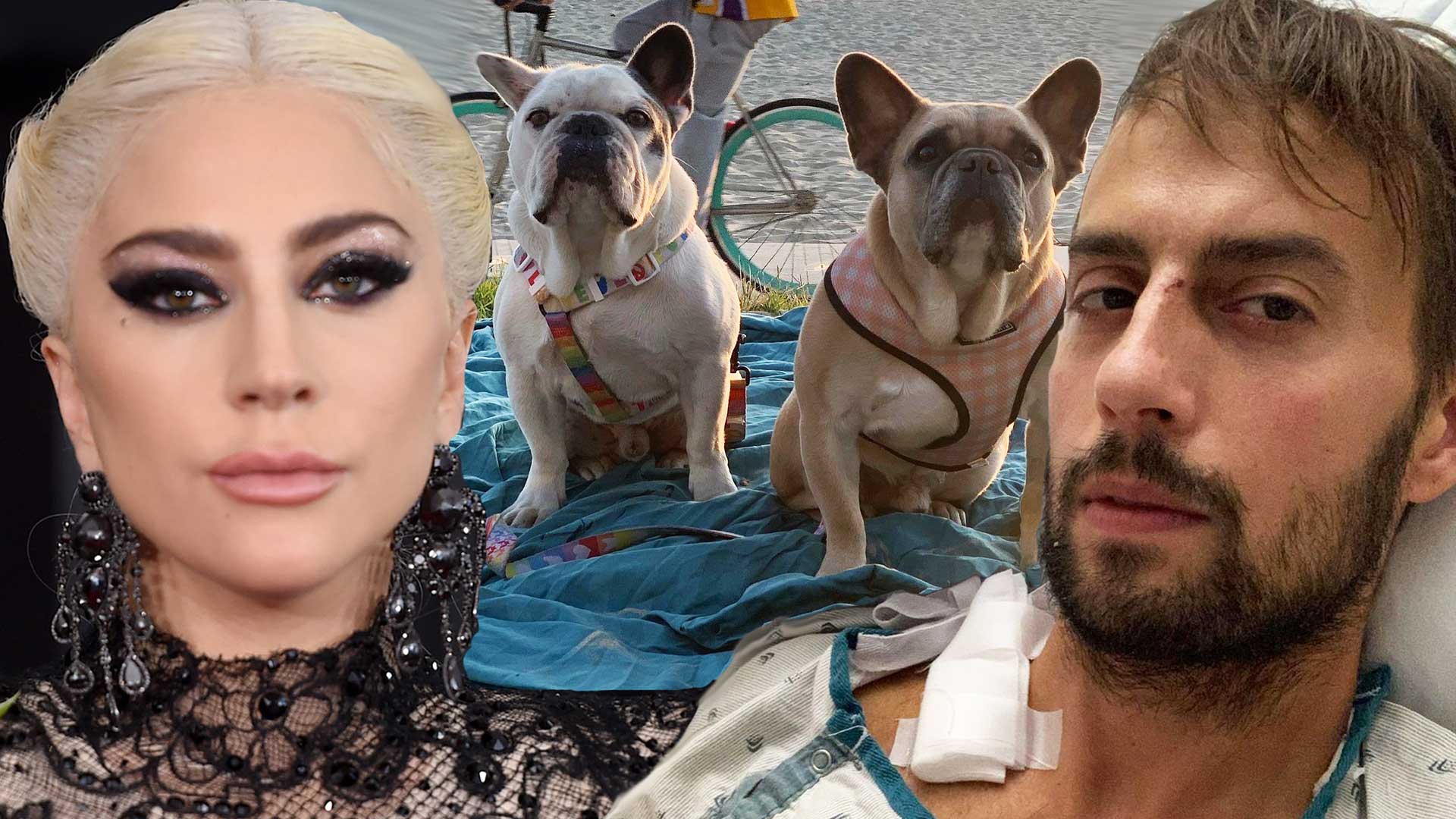 A Boston dog walker has taken his service to the next level. Steven Watson has been walking dogs for decades, but it’s the pictures he snaps of his furry clients all around town that have gained him a new following.

Lady Gaga's mom, Cynthia Germanotta, is opening up about how her daughter is doing after her frightening dognapping. It appears that the songs…

Lady Gaga's dog walker was shot and her two French bulldogs, Koji and Gustav, were stolen Wednesday night in Hollywood, a source close to the singer tells CNN.

What to Watch: Walker; Grown-ish

This week on What to Watch, host Gerrad Hall and EW’s Samantha Highfill, Marcus Jones, and Maureen Lee Lenker round up ‘Walker’, ‘Grown-ish’, …

EW Senior Writer, Samantha Highfill, discusses how 'Supernatural' kept it interesting for 15 seasons, what fans can expect from the highly ant…