The US Centers for Disease Control and Prevention has added just one new location to its list of "very high" risk travel destinations this week.

This is a reconstructed Viking Age building adjacent to the site of L'Anse aux Meadows site in Newfoundland, Canada.

It would've been unthinkable 12 months ago as the cruise industry reeled from the effects of COVID, but one operator is now offering an epic new voyage that will last nine months and take travelers to more than 150 destinations.

Leah McSweeney hopes to hang onto her apple for at least one more season on The Real Housewives of New York City.

"Of course, I think I would definitely [come back], absolutely, because I really wouldn't want the last season to be the way I went out, just because it was a weird season with COVID and everything," the Married to the Mob designer tells ET. Season 13 of the Bravo hit was maligned by fans, who took issue with everything from how the ladies handled the pandemic, to conversations surrounding race making it to the forefront of the show.

"I think RHONY's definitely coming back," Leah notes. "Who's gonna be a part of it, I have no idea. And when it's coming back? I don't know."

The 39-year-old says she's "cool with everybody" and has "moved on" from any issues she had during filming (and the airing) of the season, despite the fact that the cast didn't get a reunion -- a first for the series. Leah sported one of her options for the reunion to the release party for Bravo's tell-all book on the franchise, Not All Diamonds and Rosé: The Inside Story of The Real Housewives From the People That Lived It, where ET spoke with her on Tuesday.

Tabloids reports surfaced in the days after the party that things were tense between Eboni K. Williams, RHONY's newest 'Wife and the show's first Black cast member, and the rest of the ensemble. Some fans previously picked up on the fact that Eboni and Leah seemed to not be as close as they were at the start of the season.

"I honestly haven't talked to her, haven't seen her, haven't heard too much from her," Leah admits when asked about the state of their friendship. "I think she was traveling? But everything's OK." (For what it's worth, Eboni echoed the sentiment when speaking with ET later in the night, saying she was excited to catch up with her co-stars).

While Leah waits on word for her RHONY future, she's hard at work on a new project: her first book, Chaos Theory: How to Embrace the Unexpected and Find Meaning in the Madness, part memoir, part atypical self-help guide.

"I've been working so hard on this for so many months and I'm just so excited to share my journey with mental health and addiction issues that I think, I'm happy to talk about it in a way that I have more control over it," she gushes. "It's a different platform than the show. I can be more detailed, I can tell people more about it. So, I'm just excited about that part."

"There's no editing, there's no one to, like, yell at me, yell back at me or react towards me," she notes. "So it's been a really, like, just a freeing and amazing process."

Leah's book hits shelves next year, while Not All Diamonds and Rosé is available now wherever books are sold.

Ramona Singer Reacts to Critics Who Want Her Off ‘RHONY’ (Exclusive)

Eboni K. Williams Wants to Be Full-Time on 'The View' and 'RHONY' 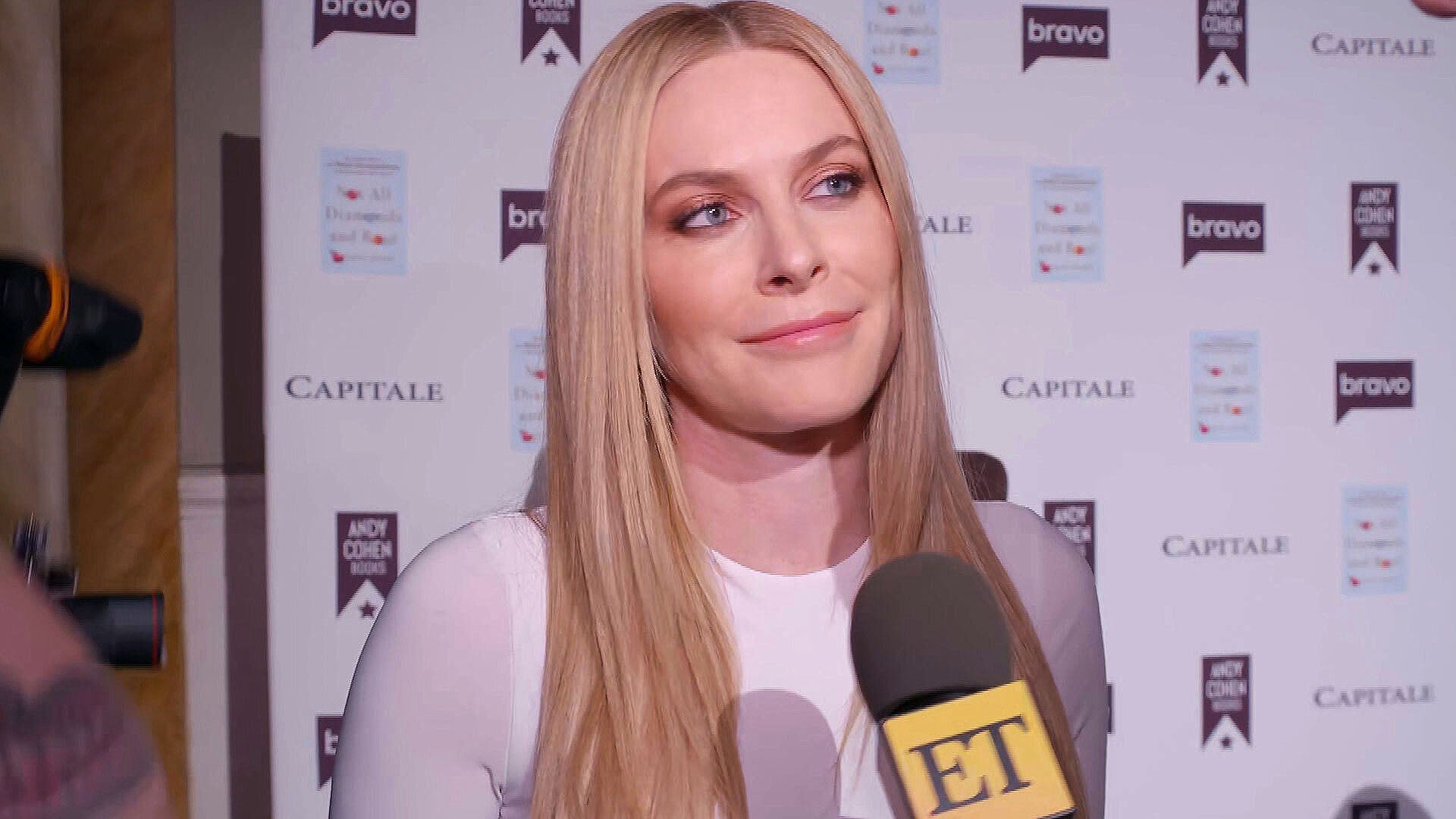 It would've been unthinkable 12 months ago as the cruise industry reeled from the effects of Covid, but one operator is now offering an epic n…

Lisa Rinna is shedding some light on what led to her daughter, Amelia Hamlin's, recent split from Scott Disick. The couple called it quits in September and on part two of the Real Housewives of Beverly Hills reunion special, Lisa opened up about their breakup.

When asked who initiated the split between the 20-year-old model and the 38-year-old reality star, Lisa quipped, "I think you just have to read the press and... Amelia did!"

While she didn't necessarily approve of the romance, Lisa said her daughter decided to end things "all on her own."

Host Andy Cohen specifically asked Lisa if Scott's alleged direct messaging scandal -- in which he disparaged his ex, Kourtney Kardashian's, PDA with her new man, Travis Barker -- had anything to do with Amelia's decision to dump Scott.

"Well, I don't think that was helpful," Lisa replied. "There's never one reason why, I think, people split up. You know, now's the time to heal. Now's the time for everyone to heal."

Lisa also shared that she "warned" Amelia and Scott that she had made comments about them prior to the latest season of RHOBH airing.

"I mean, listen, people are still human, and I think it still hurts people's feelings when you say something that isn't necessarily flattering," she explained, noting that Scott was actually "very nice" when she met him, and they hung out three times prior to his split from Amelia.

Kyle Richards was also asked if the Kardashian family ever confronted her about her negative comments surrounding Scott, considering her longtime friendship with Kris Jenner.

"They never said anything about it. I did feel bad about it right after, because, you know, I do know all of them," Kyle admitted. "But, I mean, Amelia's 20, and I'm a mom of daughters. So, I wouldn't approve if I were in Lisa's shoes, but I knew that she had no control over that." 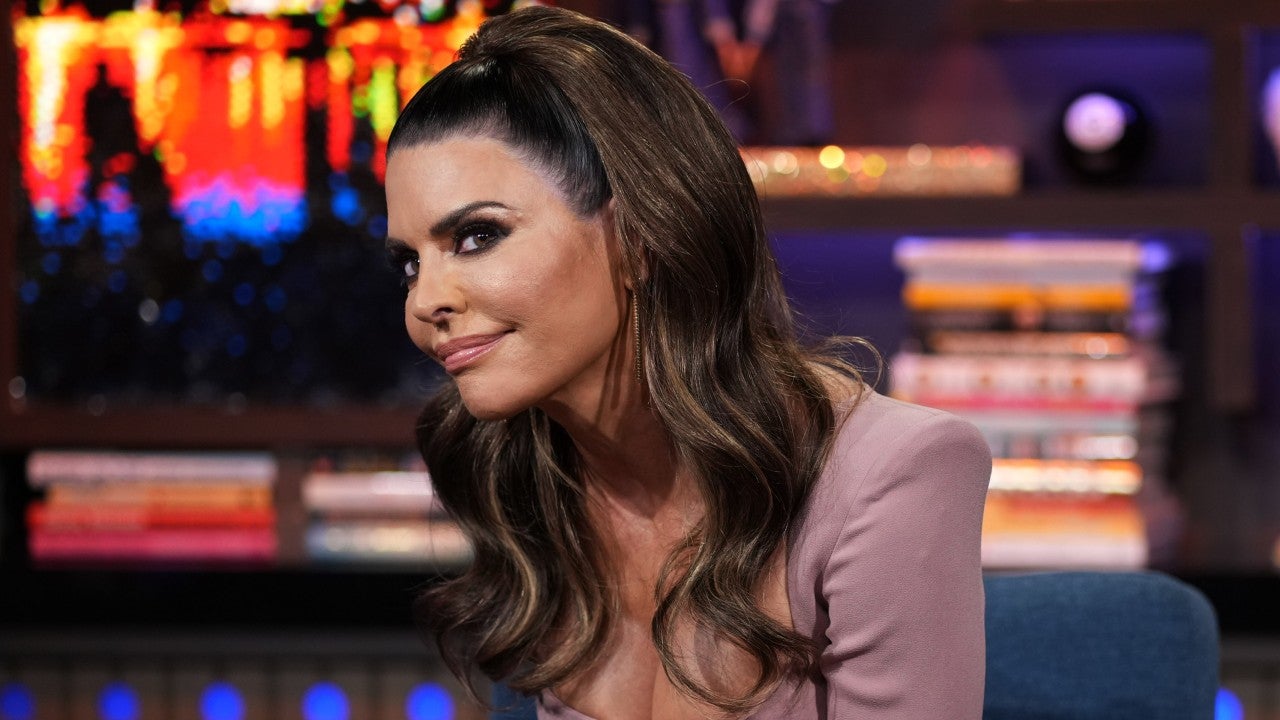 Jimmie, possibly the oldest living male giraffe in the world, in ‘hospice care’ at zoo

The Plumpton Park Zoo announced Tuesday that one of the zoo’s main attractions, Jimmie the giraffe, is in hospice care.

Queen Elizabeth II is resting at Windsor Castle after "reluctantly" accepting medical advice to cancel a trip to Northern Ireland.