Ones to Watch 2021: Kirby Howell-Baptiste

The London-born actress, who stars in the Paramount+ comedy Queenpins and Netflix's upcoming DC Comic series The Sandman, credits her steady s…

Kristen Bell is dipping her toe in the underground world of illegal couponing. The actress stars in the upcoming comedy caper Queenpins, and opened up to ET about the fun project.

"I play Connie Kaminski, a former Olympic race walker [who] felt like she was on top of the world and now she is living as essentially a housewife and is kind of looking for a way to feel valued," Bell shared. "Enter: this coupon scam."

Bell co-stars alongside Kirby Howell-Baptiste as two ordinary people who devise an elaborate scheme involving the creation of falsified coupons which they would sell for profit. Paul Walter Hauser and Vince Vaughn co-star as the men attempting to bring down their operation.

"We kind of play off each other really well," Howell-Baptiste said of her chemistry with Bell. "There are times when she's the sort of devil on the shoulder and I'm the angel, and vice versa."

In the film, which is based on a true story, Bebe Rexha plays one of Bell's partners in crime as a tech wiz who helps them orchestrate their scan while avoiding detection. The role marks Rexha's film debut.

ET spoke with Rexha on set, and she marveled at getting the chance to work along such talented actors in her first real role.

"Doing this, it's my first time ever acting in a film, and being around film stars like Kirby and Kristen," Rexha shared. "They were patient with me they gave me little tips. I honestly had a blast."

While the three women at the heart of the story were involved in an illegal operation, Bell explained that their motivations were rooted in a desire for equity and a drive to be appreciated for their worth.

"Hopefully people will see themselves in these women and go, 'Yeah, I can totally see why they did not feel valued and why they decided to break some rules," Bell shared.

Queenpins hits theaters Sept. 10, and is coming soon to Paramount+. 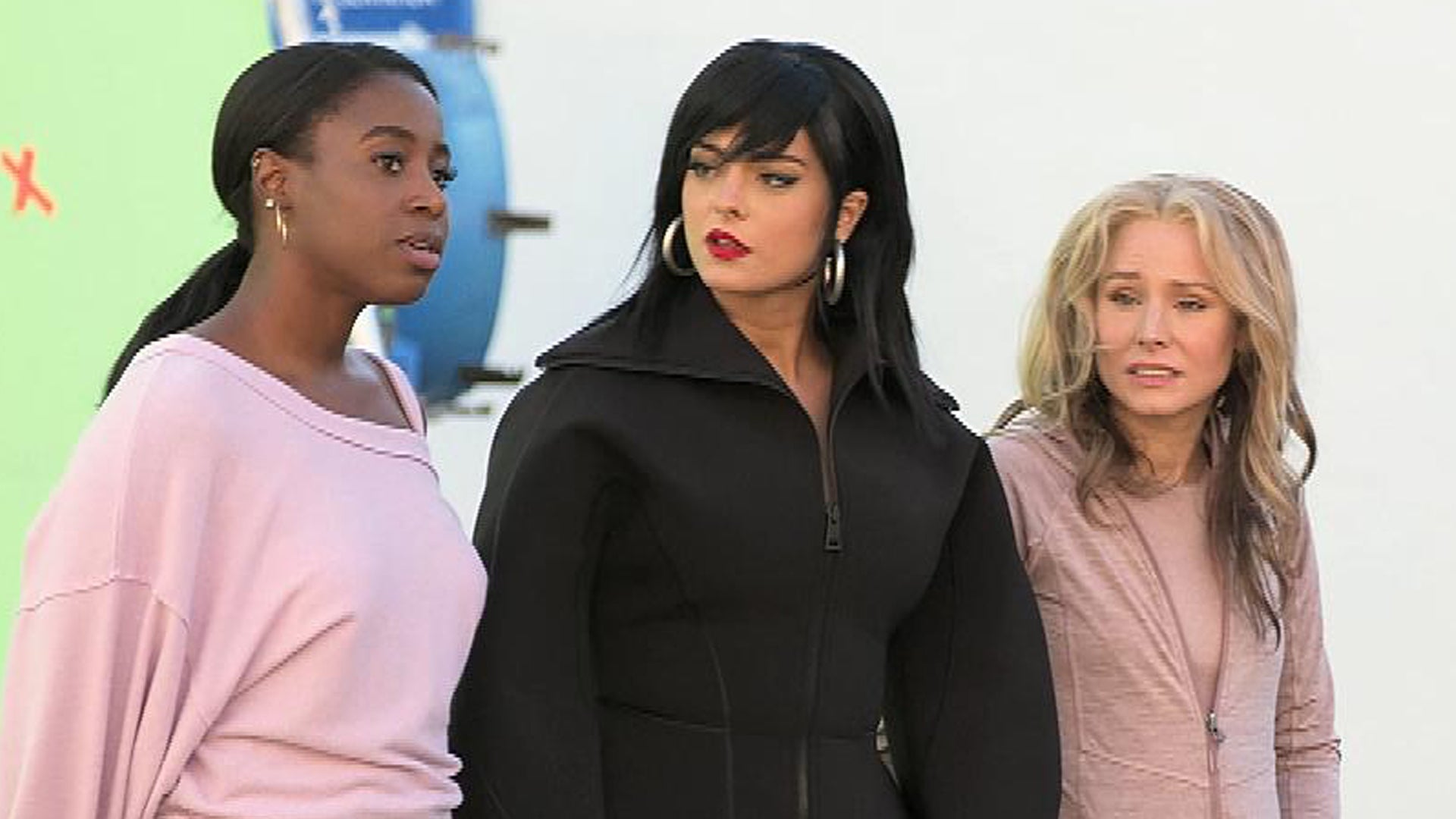