'90 Day Fiancé': Alina Publicly Calls Out Steven for His Hypocrisy When It Comes to Mormonism (Exclusive)

Alina has had enough when it comes to Steven preaching about Mormonism, given his revelation to her that he's had sex with women in the past, which is against his religion. In this exclusive clip from Sunday's 90 Day Fiancé: The Other Way, Steven attempts to convert Alina's mom to Mormonism, and Alina isn't having it.

Steven and Alina, who hails from Russia, met on a language-learning app and although she was initially hesitant to meet up with him since she said that some Russians believe Mormonism is a cult and she was scared he was going to steal her organs, the two hit it off. After spending just two weeks together in person, they decided to move to Turkey together so they could be together since he's unable to move to Russia due to the coronavirus pandemic.

But Alina has experienced some red flags when it comes to Steven, including him at one point asking her if he could date other women, and him recently telling her that he's not a virgin. Alina was clearly hurt by Steven's revelation because she thought she and Steven were waiting until marriage in order to respect his religion.

In this clip, Alina's mom visits the couple in Turkey and while having lunch together, Steven urges his future mother-in-law to convert to Mormonism. She tells him that she's already disciplined in Orthodox beliefs and that he should respect people's right to choose their religion. Steven says he's just trying to make Alina happy and that faith will be important when they have kids together. But Alina is furious.

"I can't believe Steven right now," she tells cameras. "He's trying to convert my mom. I think it's not appropriate. Especially because we have been fighting. So, I don't like it that Steven kind of pushing it on my mother."

Later, when Steven says he does respect people's right to choose, Alina can no longer hold back her tongue.

"Like, which commandments to follow?" she shoots back. "Yes, I can't even drink coffee but Steven can break the commandment of chastity."

Alina tells cameras about her boldly calling him out, "I'm tired of listening Steven being so hypocritical, asking my mom about converting and make her follow the church rules that even he can't follow. I just couldn't take it anymore."

ET talked to Steven in September and he insisted that he wasn't being dishonest when it came to his past and Alina assuming they were both virgins.

"I don't think 'not honest' is the right terminology here, it's just something that didn't, like, come up necessarily," he explained. "I'm not sure I knew at the time that that was something she really valued. ... It's not something I normally talk about it in normal conversations. So, Alina, most of the time when we were calling and talking, it didn't hit upon those subjects. Usually when I call and talk with people, I usually don't tell them how many people I've slept with. So, with Alina, that was just something that we never brought up."

He was also unbothered by some viewers calling him hypocritical for not living up to the standards of his religion but urging Alina to follow them.

"I think Jesus says it best, 'He who is among you without sin, let him first cast the stone,'" he said. "So many people have so many opinions, and that's just what they are -- just opinions. My own beliefs and my own opinions are my own, and I'm fortunate enough that I can have whatever opinions that I want to have."

'90 Day Fiancé': Steven Explains Why He Asked Alina If He Could Date Other Women (Exclusive)

'90 Day Fiancé': Alina Reveals Why She Fell for Steven (Exclusive) 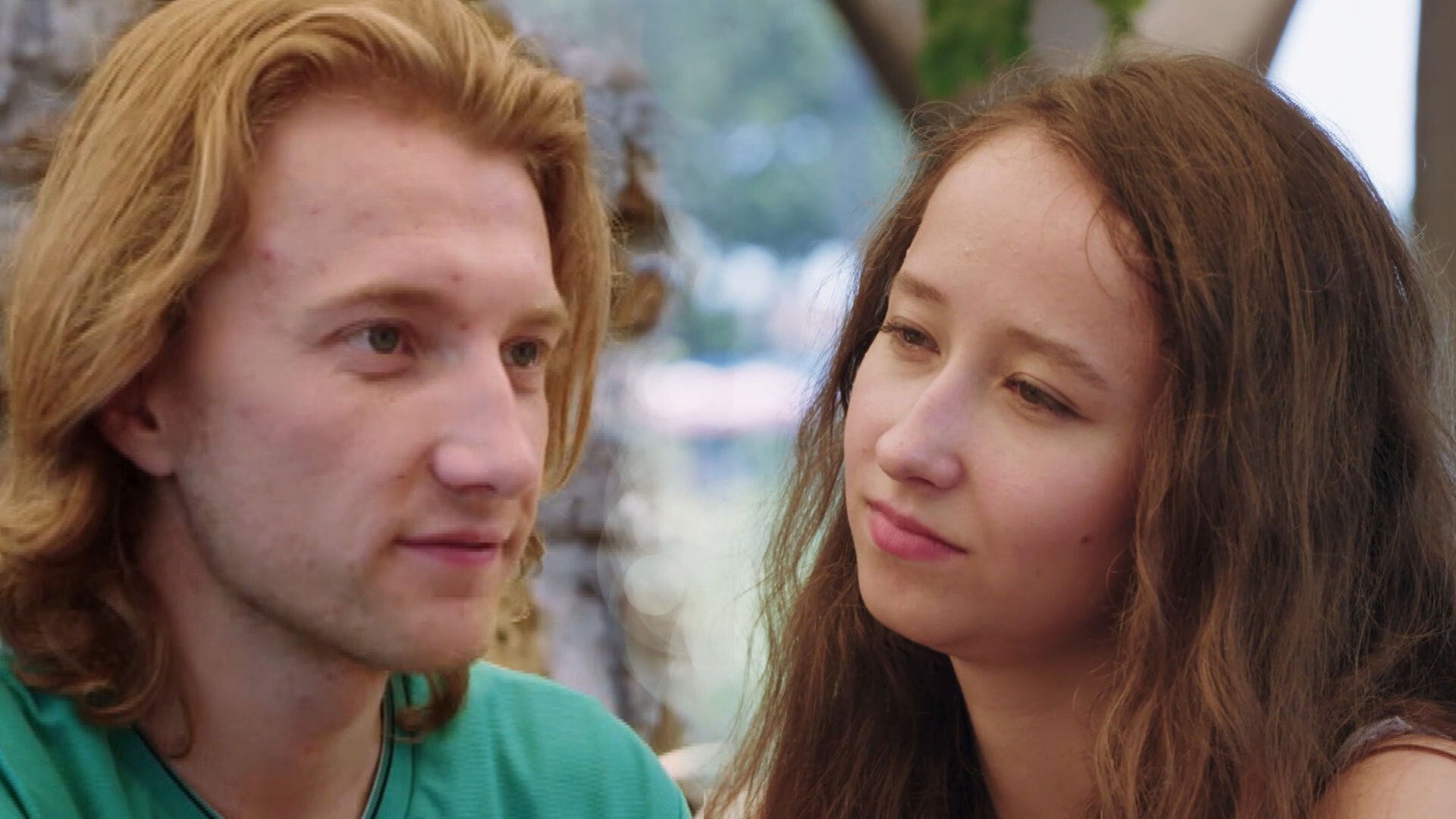 Biden to have audience with Pope Francis during trip to Rome

President Joe Biden and first lady Jill Biden will meet with Pope Francis during their trip to Rome later this month for the G20 conference, White House press secretary Jen Psaki said in a statement.

The Vatican cannot be sued in European courts because it is a sovereign state, the European Court of Human Rights (ECHR) ruled Tuesday in dismissing a suit from survivors of abuse by Catholic clergy.

Leaders of the four Roman Catholic dioceses in Missouri are urging state leaders to end the use of the death penalty, after a convicted killer of three was executed despite a request for clemency from the pope.

(AP) -- Leaders of the four Roman Catholic dioceses in Missouri are urging state leaders to end the use of the death penalty, after a convicte…

Sheryl Underwood will be the Grand Marshal of the 89th annual Hollywood Christmas Parade supporting Marine Toys for Tots, it was announced on Wednesday.

The parade was canceled last year because of the coronavirus pandemic. This year's parade will be presented live from the streets of Hollywood, California, on Sunday, Nov. 28, 2021 at 6 p.m. PST by Associated Television International and the City of Los Angeles. It will also air on The CW on Dec. 17.

"I am truly honored to have been chosen as the Grand Marshal for the 89th Annual Hollywood Christmas Parade Supporting Marine Toys for Tots," Underwood says. "The pandemic has made it very tough for everybody for over a year and a half. I can't wait to get out there on the streets of Hollywood to celebrate with all of you, and to help bring awareness to the important work Marine Toys for Tots does to help those less fortunate during the holiday season. Please, be there! I can't wait to see you!"

The parade -- which will be hosted by Erik Estrada, Laura McKenzie, Dean Cain and Montel Williams, with special co-host Elizabeth Stanton -- will feature celebrities, movie cars, award-winning bands from around the country, equestrians, character balloons and colorful floats. The parade culminates with the appearance of Santa Claus and his reindeer, ushering in the holiday season. 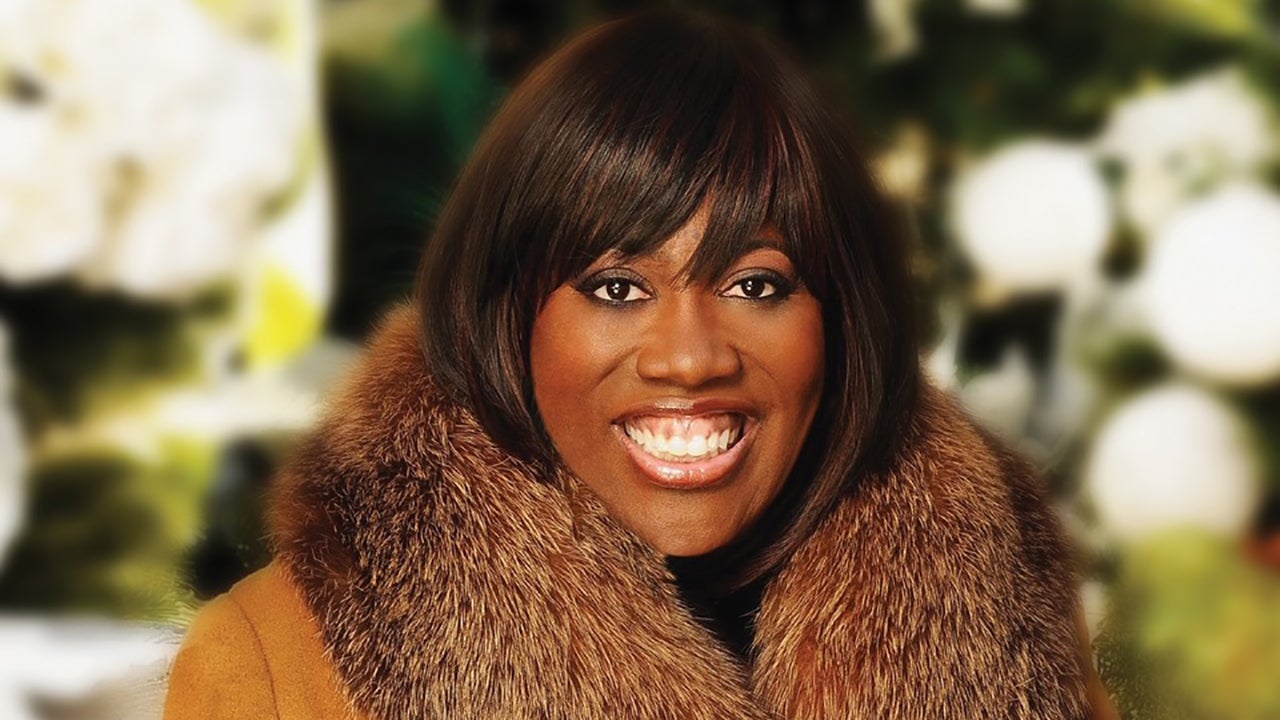 The U.S. Supreme Court has denied a request that it stop the planned execution of Ernest Johnson, clearing the way for the Missouri man to die by injection.

Members of the Catholic clergy in France sexually abused more than 200,000 minors over the last seven decades, a survey carried out as part of…

Members of the Catholic clergy in France sexually abused an estimated 216,000 minors over the past seven decades, according to a damning repor…

Lori Loughlin Set to Make Acting Return, Will Reprise Her 'When Calls the Heart' Character

Lori Loughlin is getting back to her career after her involvement in the college admissions scandal. The 57-year-old actress is set to guest star on season 2 of GAC Family's When Hope Calls, reprising the role of her When Calls the Heart character, Abigail Stanton.

The two-part premiere, titled When Hope Calls: A Country Christmas, debuts Saturday, Dec. 18, at 8 p.m. ET/PT. Loughlin was last seen on TV as Abigail in season 6 of Hallmark Channel's When Calls the Heart before the network cut ties with her in March 2019.

Last August, a judge accepted Loughlin's plea deal for her part in the college admissions scandal, which stipulated that she serve two months in prison, be under two years of supervised release, pay a fine of $150,000 and complete 100 hours of community service. She began her sentence last October and was released less than two months later.

A source told ET in March that Loughlin was ready to move forward and was "excited to work again."

"Lori's been offered many opportunities to open up about what she has been through, but she can't seem to find the right words," the source said. "She fears no matter what she says, people can't get past this. At this point, she just wants to move forward and focus on the positive."

In May, Loughlin and her husband, designer Mossimo Giannulli, were granted permission by a federal judge to vacation in Mexico. The trip marked the first time either Loughlin or Giannulli had left the country since being released from prison.

Meanwhile, When Hope Calls is set in Brookfield, a town on the western prairie, and is a TV spinoff of award-winning author Janette Oke's novel series, When Calls the Heart. According to a press release, When Hope Calls: A Country Christmas, Part 1, revolves around a Christmas festival happening in Brookfield as the community is one of three contenders in Harper's Bazaar's search for America’s #1 Country Christmas Town. The entire town is preoccupied with creating the essence of Christmas for the photojournalist’s lens, though, behind the scenes, residents are not living the spirit of the season. Abigail and her son, Cody, then appear, bringing a troubled boy to Lillian's orphanage.

When Hope Calls: A Country Christmas, Part 2, revolves around photojournalist Paul Franklin, who's wrapping his research on the community of Brookfield as a contender for America’s #1 Country Christmas Town. Lillian, the orphans, and Gabriel are running out of options to restore the troubled boy's hope for better times. Just when all seems lost, a secret Santa appears to fulfill all holiday wishes, and Abigail has a profound conversation with a dear friend from the past. Meanwhile, Paul's lens is recording every miraculous moment.

Loughlin's youngest daughter, 22-year-old Olivia Jade, is currently competing on season 30 of Dancing With the Stars. ET recently spoke with her and she said her parents were proud of her.

"My parents are really stoked for me," she said. "I think they are excited for me. I am so nervous."

When asked if there could be a chance to one day see her mom compete on DWTS, she said it was unlikely.

"I don't know if my mom is a big dancer," she explained. "I don't know if we can get her out on the dance floor. But she is a fun dancer and she has got a good attitude when I have seen her dance, which has been basically in our kitchen. I don't know if she will come on it, but I hope that they tune into my season." 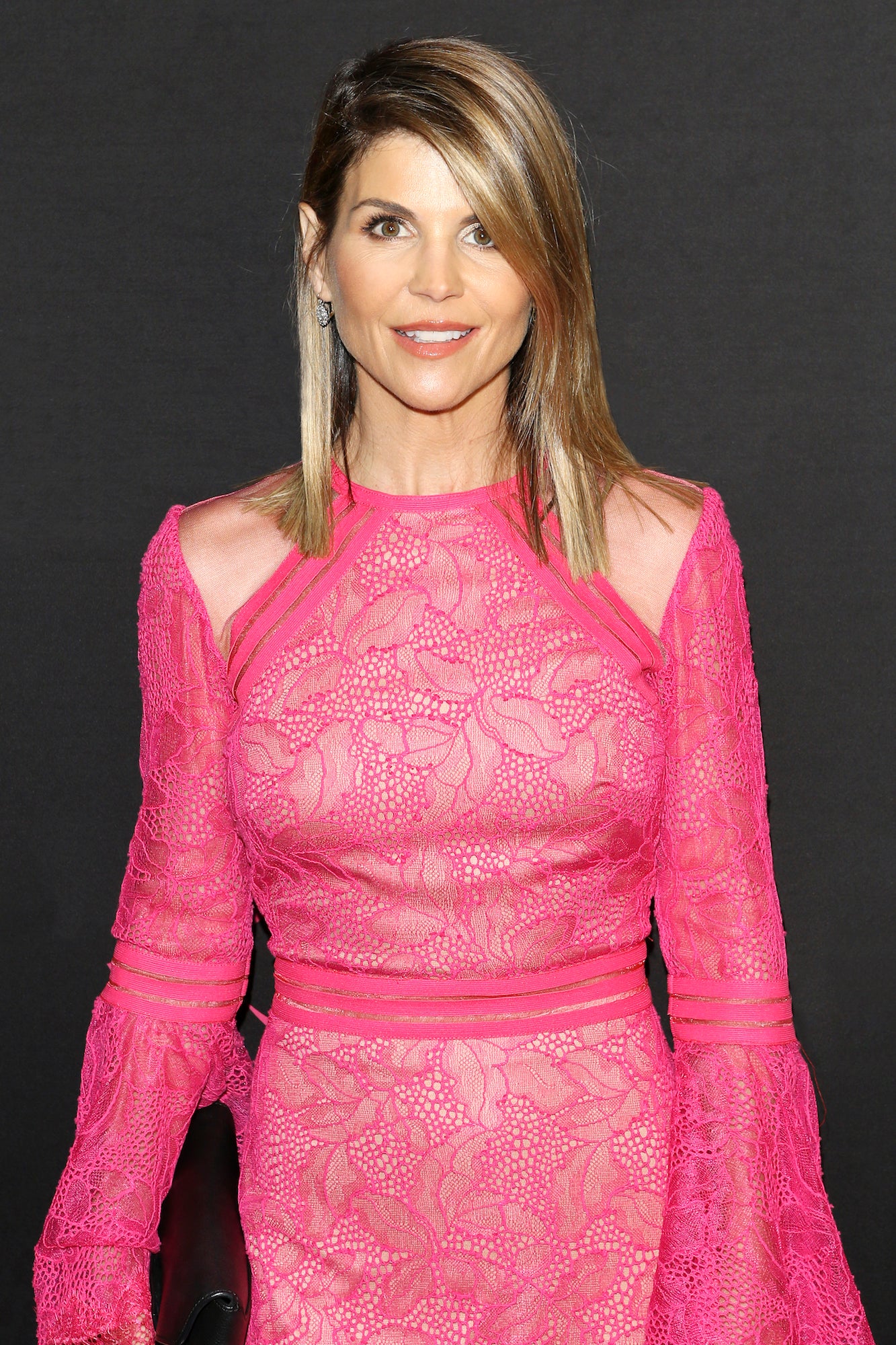