A man is facing several charges after a young mother was found dead in a bathtub and her daughter was bludgeoned and left for dead in Kansas City.

Los Angeles County prosecutors filed the charges in October, but they came to light only last week.

A man who faces dozens of charges and is accused of raping girls he met on Snapchat will start his trial in September.

Suspect killed man because he was arguing with ex-girlfriend in Berkeley street, charges allege

A suspect killed a man after seeing him fighting in a Berkeley street with a woman, according to the St. Louis County Prosecuting Attorney’s Office.

Prosecutors have added dozens of charges against a man accused of driving his SUV through a Christmas parade in suburban Milwaukee last year.

Cheer does not ignore what happened with Jerry Harris in season 2. After becoming a breakout star in season 1, fans and the cheerleading world alike were shocked when Harris was arrested in September 2020 on child pornography charges. Subsequently, the Netflix docuseries not only captures the fallout on camera, but it also sits down with twin brothers Charlie and Sam, who speak out about what they say happened between them and Harris.

“One day in December 2018, [Harris] messaged me on my private Instagram account [from] his private Instagram account,” Charlie alleges during an on-camera interview in the powerful midseason episode, “Jerry,” which opens with the disclaimer, “The following episode contains graphic descriptions of sexual abuse involving minors, which may be disturbing for some viewers. If you or someone you know has experienced sexual abuse, please visit www.wannatalkaboutit.com to find more information and crisis resources.”

The aspiring cheerleader who was familiar with Harris was 13 years old at the time. “Right off the bat, he asked me, ‘Can I have butt pics?’ Or, ‘Can you send butt pics?’ I was kind of star struck and I didn’t want him to not like me or to not be friends with me… I was willing to do that and was kind of blindsided by his notoriety at that time,” Charlie says. “I’ve had times where if I would have, like, left him on ‘delivered’ for a couple of hours or not responded to him, or acted like a different tone that wasn’t flirty or anything, that he would make me feel bad about myself and say that I was just using him for being popular and that I didn’t actually love him.”

The following year, in 2019, Charlie claims that he met Harris in person at a cheering event. “We had been messaging for a while, and I knew he was going to be at ACA, so I was trying my best to just, like, avoid him because I was just trying to avoid confrontation and just feeling uncomfortable. And I was also kind of ashamed and embarrassed that I was like, I guess, like, talking to him in that way. So, I didn’t want other people, like seeing him, like, acting weird.” He then alleges that Harris confronted him in the bathroom.

“It was day one, and it was right before I was gonna go to warm-ups. And Jerry kept on harassing me and [he] was like, ‘We should really try to find some way to hang out today or something.’ And I was like, ‘No. I don’t want to,’” Charlie says. “But then he was like, ‘Just go with me to this bathroom.’ And then he basically – I followed him… He texted me while I was in the bathroom because it was us, and then there was, like, another person in there. And he was like, ‘Do you want to have sex?’ And I was like, ‘No. I do not.’ And he was like, ‘What about oral sex?’ And I said, ‘No. I’m not comfortable with that either.’”

“And then the other person left the bathroom, and then Jerry cornered me into the bathroom stall and basically was just like, begging me, just continually pleading with me to just, like, have sex with him,” Charlie alleges. “I was basically just like, ‘No. I really just do not feel comfortable with it.’”

“After he came out of the bathroom, we went to warm-ups and he just looked extremely distressed. I could tell that there was something obviously wrong with him. He just looked really stressed out and like, just frantic almost,” Sam alleges. “And I didn’t find out that Jerry did that until after we competed. And it was… haunting almost to hear. And it just made me so angry and it made me lose even more faith, I guess, in having a safe community in cheer.”

Sam then says that Harris started messaging him as well. “It made me feel super uncomfortable, and he would just continually push at that. And, like, I really didn’t know anyone else to talk to about it than just, like, the two of us. And it was just like… It almost felt like we were alone.”

Sam continues that both he and his brother had a difficult time paying attention at school and that they were consumed by “odd emotions” and felt more and more isolated by what they claim was happening between them and Harris. “I wanted to say something about it, but I also felt so ashamed,” Charlie says, believing that he was fearful of losing his friends in the cheer community if he reported it to the police.

The episode ends by stating, “Jerry Harris’ legal team were approached on a number of occasions, but would not agree to be interviewed on camera.”

A spokesperson for Harris has previously told ET that the Cheer star disputes any claims against him. "We categorically dispute the claims made against Jerry Harris, which are alleged to have occurred when he was a teenager," the statement read. "We are confident that when the investigation is completed the true facts will be revealed."

On Sept. 17, Harris was arrested in Chicago and charged with production of child pornography. According to the criminal complaint, Harris allegedly contacted an underage boy on social media and repeatedly enticed him to produce sexually explicit videos and photographs of himself, and send them to Harris. The complaint also alleges that the minor victim informed Harris during their initial online encounter that he was 13 years old.

The arrest followed an FBI raid on Harris’ Naperville home on Sept. 14, when he admitted to agents in a voluntary interview that he had solicited lewd images and sex from the boy on numerous occasions, knowing that he was 13 years old.

Harris has since entered a not guilty plea to seven total charges, including four counts of sexual exploitation of children, one count of receiving of child pornography, one count of traveling with the intent to engage in illicit sexual contact with a minor, and one count of enticement. Prosecutors also alleged that Harris sexually assaulted a 15-year-old boy at a public cheer event after following him into a bathroom.

Harris was denied bail and is currently being held at the Metropolitan Correctional Center in Chicago after the court found that "there is no condition or combination of conditions to reasonably assure the safety of the community [should Harris be released]."

If convicted, each of the sexual exploitation charges carry a mandatory minimum sentence of 15 years, while the enticement charge carries a minimum of 10 years.

When it comes to speaking to the twins, their mother and their legal counsel, Sarah Klein, who is a survivor of Larry Nassar’s longtime abuse of female gymnasts, Cheer creator and director Greg Whiteley tells ET there was no way around it.

“The subject matter of course was heartbreaking and dark and difficult and complicated. But the process of a documentary team is really just the same… Our task is to cover the story of the Navarro cheer team,” he says, revealing that when they returned after the COVID lockdown to resume filming it was evident that Harris’ arrest had a huge impact on the entire community. “That's something that's never pleasant. But it’s our job. Our task is to tell the story of that team. And it would have been impossible to do that without addressing what had happened with Jerry and the allegations surrounding Jerry.”

Jerry Harris to Remain in Custody Until Child Pornography Trial 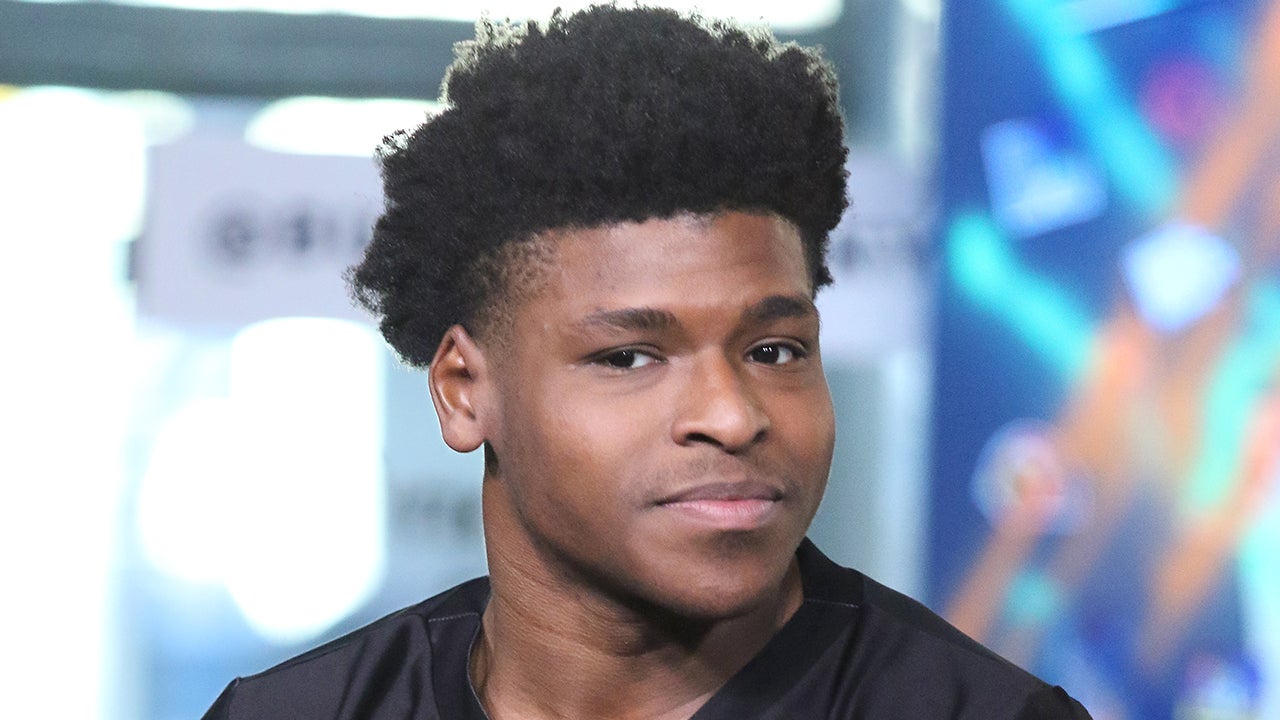 The suspect faces charges of first-degree assault and kidnapping. If convicted, the kidnapping charge carries a maximum 40-year sentence.

The expected procedural move had been requested by prosecutors from the Albany County district attorney’s office and came as they, Cuomo and his lawyers made a virtual appearance before a judge in Albany City Court.

A man is facing charges, accused of breaking into several cars on a parking lot in Berkeley and stealing guns.

The eight men and four women who will determine Holmes’ fate spent much of their holiday season behind closed doors in a San Jose, California, courthouse, weighing reams of evidence presented during a three-month trial that captivated Silicon Valley.