Over 60 firefighters battled a 2-alarm overnight fire that spread through a five-story church in the Central West End Tuesday.

KMOV has once again partnered with Habitat for Humanity to build a home.

A man was airlifted to the hospital after a vehicle fell on top of him Thursday morning in Madison County.

This week we're giving you the story behind something that's probably in your fridge right now: Prairie Farms products.

Great Rivers Greenway is buying a derelict garage, hoping to build a park in its place.

90 Day Fiancé couple Pedro and Chantel are having issues when it comes to deciding on their future house in Atlanta, Georgia. In this exclusive clip from Monday's new episode of The Family Chantel, the couple is riding high from Chantel graduating from nursing school and looking toward their future and achieving the American dream, but quickly run into a major point of disagreement.

As the couple views potential homes, Chantel is not impressed.

"So far, the houses in my price range, I don't like any of them," she says.

Pedro does like one home, because of its big backyard and also the basement. Pedro says he'd like to fix it up so that his mom and sister can stay there.

"I'm not going to put my family in any hotel," he says.

Given her rocky history with Pedro's family, Chantel quickly shuts it down.

"Pedro, we can get a crate for them and set it right there on the corner," she says. "But other that, if you want to have, like, rooms down here, we don't have that kind of money."

She also tells cameras, "Pedro's family being able to stay in my house is not in the equation."

New episodes of The Family Chantel air Mondays at 8 p.m. ET/PT on TLC.

During last week's episode of The Family Chantel, Pedro got a reality check about what Chantel's salary will be after graduating from nursing school. ET recently spoke with Chantel and she talked about Pedro needing a career of his own other than working at a warehouse.

"One of the things that I would love to see Pedro doing is, I think he would be a good firefighter," she shared. "Yeah, being like a sexy, strong firefighter, but also, Pedro, he has a lot of charisma. He's very charismatic so I think that he would do well in anything business-minded. ... First of all, Americans are in love with him right now. I feel like he just has that big smile -- you know, the big white smile and the trustworthy face."

Chantel said she definitely does not plan to be the sole breadwinner of their family, and that she and Pedro do want kids.

"That is my nightmare!" she said when asked about Pedro potentially being too comfortable now that she's a nurse. "But I don't feel like it's in his character, like, I don't feel like that's him. Since he is from a Hispanic background, I know they take a lot of pride in being the provider, so I really don't see that becoming an issue with us. But yeah, it would be a problem with me."

For more on how the couple stays so fit, watch the video below.

'90 Day Fiancé’: Chantel Reacts to Her Family Shading Her for Taking a Decade to Graduate (Exclusive)

'90 Day Fiancé': Pedro Gets a Reality Check About Chantel's Salary 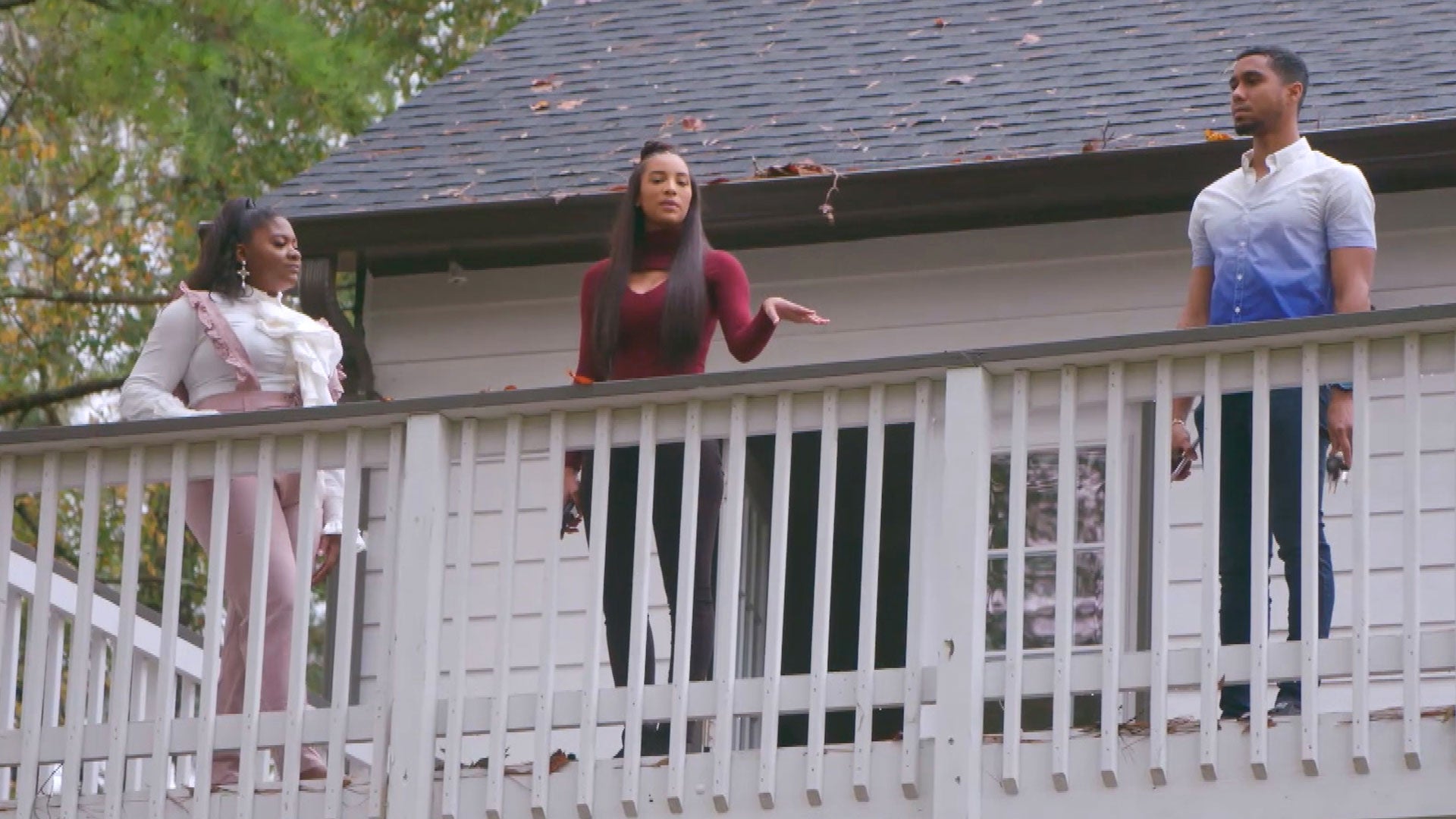 One person died in a rollover accident that happened in South City Sunday afternoon.

Katie May worked in retail her whole life, and had seen enough of the corporate fashion world to know that there’s just too much waste involved with what we wear.

'You': Penn Badgley and Victoria Pedretti on the Killer Season 3 Finale Twist (Exclusive)

Spoiler alert! Do not proceed if you have not watched all of season 3 of Netflix's You.

Netflix's twisty dark drama, You, dropped its third season on Friday and found the r̶e̶f̶o̶r̶m̶e̶d killer as a new father to baby boy Henry; a husband to his "soulmate," Love; and beginning life in a suburban enclave, Madre Linda. But, as things often go when Joe is involved, that carefree, stress-free turning of a new leaf didn't last very long. By the end of the first episode, it wasn't Joe who made the season's first dramatic kill but Love, who (literally) axed their realtor neighbor, Natalie (played by Michaela McManus), the same woman who caught Joe's eye in the season 2 finale, after becoming suspicious over their flirtatious relationship. And so began the mayhem.

'You' Season 3 First Look! What We Know About Joe and Love's Baby

'You' Season 3 First Look! What We Know About Joe and Love's Baby

The season culminated with Joe, after making plans to run away with Marienne (played by Tati Gabrielle), having one final dinner at home with Love, not aware that she knew of his secret plan to leave her and their baby. After she revealed that she knew of Joe's quest for a new life, Love grabbed a kitchen knife -- laced with a paralyzing sedative -- and attacked him, crippling him. But Love wasn't in the clear just yet, as Joe -- somehow always one step ahead in nearly all situations -- stabbed her with a needle filled with a poisonous and fatal toxin. Joe Goldberg: 1, Love Quinn: 0.

As Love lay lifeless on the kitchen floor, Joe swooped up Henry and staged a murder-suicide, setting their Madre Linda home ablaze with her body still inside, though they'd (obviously) never find his body. While the residents of the town returned to life as if Joe and Love were never in it, You revealed -- in the final moments of season 3 -- that Joe was starting anew in Paris, his next move unknown for now. So just what awaits Joe as he consumes himself in French life? And will he ever be found out? Time will tell in season 4.

"I was not surprised," You star Penn Badgley told ET's Lauren Zima when asked about Joe surviving the season without so much as a scar. "I know how long I'm contracted for."

Victoria Pedretti, meanwhile, reacted to Love's unsettling fate, sharing that she was aware before the season began that her character would not make it out alive.

"If you're going to go, you want it to be unique," Pedretti said of Love's demise. "It was definitely really sad and troubling and tragic the way it all goes down but I also knew I was going to die, so I wasn't surprised. It was surprising to see exactly how."

Even so, You often brought back familiar faces through dream sequences or hallucinations. Such was the case with Elizabeth Lail's Beck and James Scully's Forty. Pedretti seemed to shoot down any possibility that Love could reappear down the line when the question was posed. "That is not my decision," she answered candidly, adding that though Love was supposed to be Joe's "soulmate," that clearly wasn't the case.

With season 4 already on the books, Badgley danced around the question of what he'd like to see Joe do next now that the slate has (sort of) been wiped clean.

"It's not up to me because I think I've gotten as far as the viewer will get by the end of this season," Badgley admitted. "I feel like Joe is a device that's fun to apply to new situations. So the fact that people haven't seen him be a dad and be married and being in the suburbs, [experiencing] some kind of domesticity, I think people are really gonna love that. Beyond that, well, first you got to get to the end to even consider season 4."

One thing that may be a reality? An unexpected You-Emily in Paris crossover, now that Joe is also walking the Parisian cobblestone streets.

"Who told you?!" Pedretti quipped, prompting Badgley to joke, "If you see Joe on Emily in Paris, watch out!"

You is streaming now on Netflix. For more, watch below.

'You' Season 2 Trailer: Everything We Learned

'You' Renewed for Season 4

'You' Season 3 Trailer: Joe Goldberg Goes Back to His Killing Ways

'You' Announces Season 3 Premiere Date, Plus a Big Character Reveal 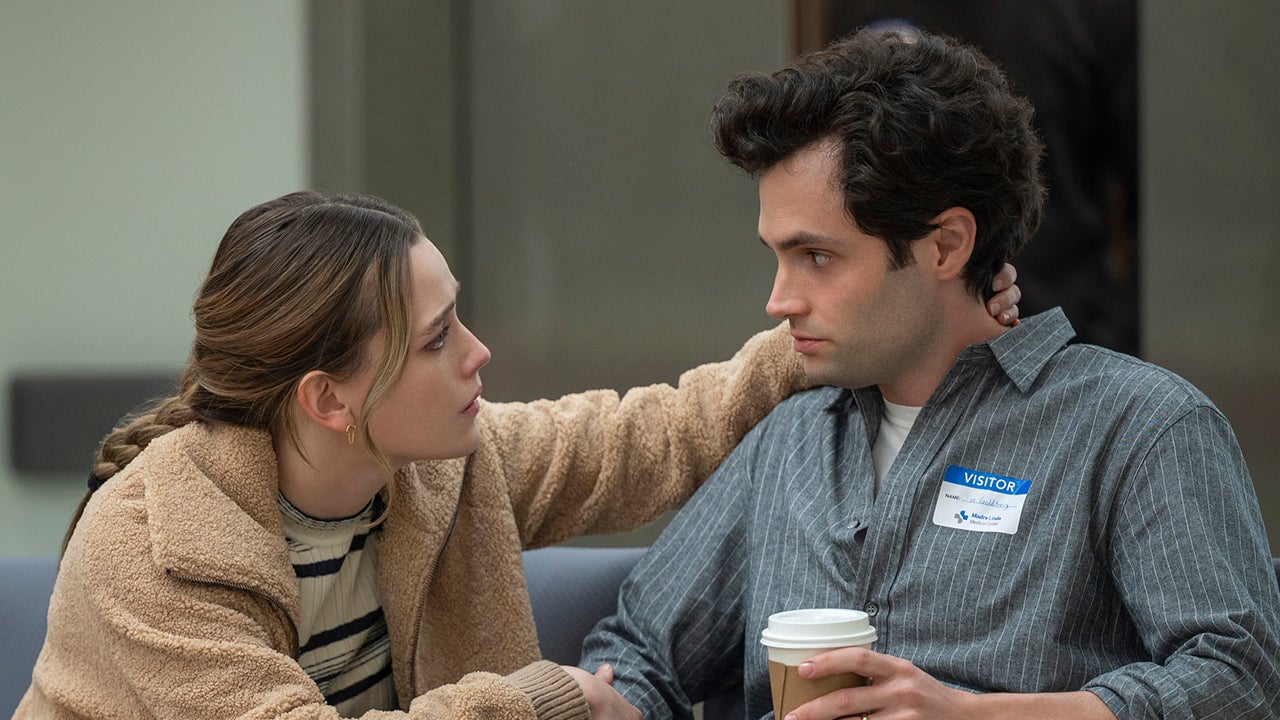