The 2020 BET Awards are honoring the moment -- but still ready to celebrate! The virtual awards ceremony kicked off on Sunday with an emotional performance by 12-year-old Keedron Bryant and a powerful rendition of "Fight the Power" before host Amanda Seales delivered a stirring monologue -- making references to Breonna Taylor, worldwide protests for racial equality and... Terry Crews.

Seales joked she was chosen as this year's host because she's "been telling y'all everybody's racist!" "I saw you up in the comments saying I was doing the most, but look at us now -- everyone is posting black squares. Y'all's feeds went from onlyfans to onlyfists in like, 24 hours," she cracked. "Now, folks always say, 'All Amanda ever talks about is race.' Well, listen, I would love to talk about regular, everyday things, but racism always beats me to it."

The actress and comedian said that Skittles remind her of Trayvon Martin, ice cream reminds her of Botham Jean, and even sleeping reminds her of Breonna Taylor. "When I said, 'I don't got the time, I'm on my trampoline,' I meant it. Because give it a minute and racism is going to take the bounce out of that too," Seales said.

"Now, I must admit, this BET Awards is a little different. The main thing is it's virtual. We're getting real in touch with being real inside. Because outside is on one. It's got COVID and cops and Karens gone wild. It's like we hated on 2019 so much, it called its brother, 2020, to come through and provide a collective Molly whop. And that's precisely why we had to do the awards, because we deserve a break. And when I say, 'We,' I mean all us Black folks watching the kneeling, the gratuitous kente cloth, the 'I take responsibility' vids, and saying to ourselves, 'Wow, Y'all goofy!'" Seales said.

"America is acting brand new about racism like Dr. Martin Luther King Jr. was doing all the speeches for album interludes. Now they talking about Juneteenth. That's dope! But y'all don't let them Cinco de Mayo our day. If we ain't watchful, every June 19th, folks going to be at the bar wearing Frederick Douglass wig hats, ordering 'Harriettinis' off the drink special," she continued. "Then we have the protests. We been out here in these streets marching, and this new eruption of consciousness has been beautiful. But keep it real though, some of y'all was only at the protest because the club is closed. I know, it's like the let-out with a cause."

Seales concluded, "Tonight's cause is not only to give accolades, but also to celebrate 40 years of BET, and because we're all still in the house, we can get 40 years of BET stars. We've got Queen Latifah, Countess Vaughn, and we can't miss Nelly with his Band-Aid."

"Terry Crews couldn't make it. Not surprised," she quipped.

Seales was one of several celebs to call out Crews following his controversial "Black supremacy" remarks on Twitter earlier this month. "Defeating White supremacy without White people creates Black supremacy. Equality is the truth. Like it or not, we are all in this together," he tweeted on June 7.

"3: @terrycrews tweets and previous actions are a demonstration of anti-blackness,” said Seales. "When you use yourself in any way to obstruct the truth of another black person's PRO-BLACK experience you are a coon. He did that with Gab and he's doing that with this movement," she continued. "4: A lotta my fellow celebs need their phones taken away and replaced with books. You're not playing a role. You're a role model. We must know our history better than we know their scripts.✊🏼"

Crews later tried to clarify his comments, writing, "I was not saying Black supremacy exists, because it doesn't. I am saying if both Black and Whites don't continue to work together -- bad attitudes and resentments can create a dangerous self-righteousness. That's all."

"You know, honestly, I think it's more seamless than people imagine," Seales said of how the show would incorporate messages about current events, including nationwide protests against police brutality and systemic racial injustice.

"For other networks and other shows, it might require a lot more thought process, but for a Black music show, Black music has always been intrinsically connected to what's going on in Black lives," she explained.

"We are seeing artists who are very seamlessly and organically bringing in what's happening in the world into their performances. And I'm doing the same thing with my comedy and my hosting. So really what we're going to do is what exactly is expected of Black folks. We are going to speak and perform from the natural space where we are right now as Black Americans."

See more in the video below.

The 2020 BET Awards are being simulcast on Sunday, June 28 at 8 p.m. ET/PT across ViacomCBS networks, including BET, BET HER and CBS.

2020 BET Awards: How to Watch, Who's Performing and More!

The BET Awards Turn 20: The Most Memorable Moments Over the Years 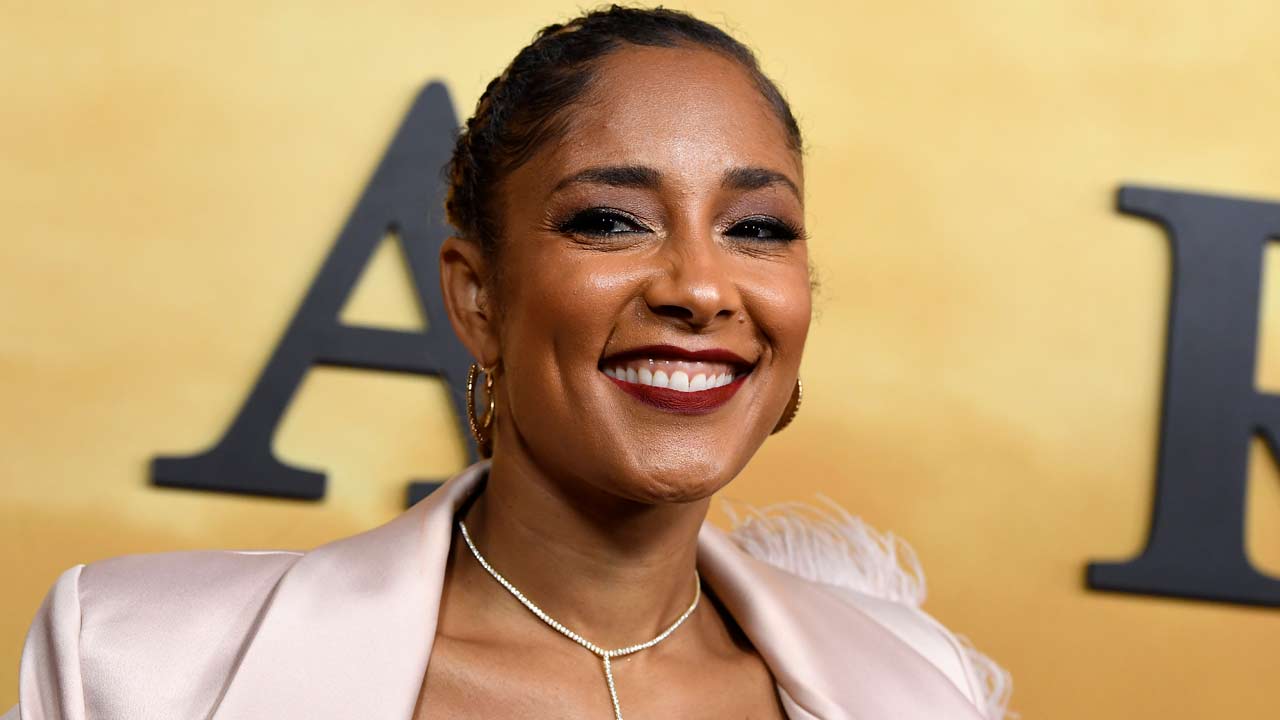